When a Cyclone threatens South Australia

In September we left Melbourne and hit the road to South Australia, it started off great but as we approached the boarder’s things began to change. As we lay in bed listening to the pitter patter of rain on the roof, the van slowly being rocked by the wind, we joked about a storm brewing and listened to the crash of the high waves from the sea. At 8 pm, it was nothing but a bit of heavy wind, the sky was black but didn’t look too menacing. As the hours passed, the wind got heavier and the van rocked a little more, our cosy little spot by the ocean didn’t feel so cosy anymore.

When the wind grew stronger, and the rain got heavier we were nudged by curiosity and decided to check the local weather, South Australia didn’t experience hurricanes anyway so what was the harm?… Turns out, a year ago SA saw its most devastating Cyclone in 50 years, although it apparently only lasted 20 minutes it managed to knock out the entire state’s power. Was history repeating itself? We were unsure, but the state government had issued a severe weather warning, urging people to stay indoors; and here we were sat in Little Mo, our tin can home on wheels.

This weather warning stretched from 2 hours west of us, right the way east and into the state of Victoria, then right the way up into South Australia as far as Keith; so there was no escaping it. The one good thing was that SA seemed a lot less restricted for ‘van lifers’, there didn’t seem to be many ‘no camping’ signs here like we saw all over the coast of Victoria. This meant it would be easier to move on and find somewhere relatively sheltered to park, but which way to go? Our plan was to head to Adelaide the next day, but that seemed to be the same direction as this storm. At 10 pm, driving in the dark on rural roads was the last thing we wanted to be doing. The risk of hitting a Roo was high, but it seemed so was the risk of falling trees. Needing to decide soon, Dec jumped in the front and we headed East, back towards Victoria (and hopefully towards the end of this storm!)

The winds threatened speeds over 45kph, and gusts as high as 90kph, it was the worst weather Dec has driven in, I could see him fighting the wheel to keep us on the road; far from the lazy driving, we’d experience only a few days before. Despite the torrential rain, we found a quiet RV camping spot tucked off the main road; a small building to provide some shelter, away from trees and more importantly away from the sea – albeit not far enough for my liking. Although we were safer, and not yet being rocked as heavily, it was hard to get to sleep. Thoughts of the van being rolled, or the roof leaking wouldn’t leave us alone whilst the wind squealed through the bushland behind us. 11 pm came around, the latest .gov update hadn’t changed, only that the winds were still passing through and the rain could likely flood creeks. I wasn’t yet at a dangerous level, but who knows what this could develop in to?

Here are some great ideas for things to do in Adelaide!

Around 12 am the winds seemed to have died down, the rain subsided, our thoughts calmed. This wouldn’t be the end though. This was the calm before the rest of the storm. Hourly we were woken by extreme winds rocking the van, rain hammering down on us, even hailstones at some point in the early hours. It was a nerve-racking night, being on edge half expecting to have to move on again; we weren’t confident that Mo would even be quick enough, should the worst weather strike.

It passed through, as all good storms do, we woke to bright sunshine despite the wind still blowing and the severe weather warning is still in place, it felt a lot less serious in the light of the sun. We continued our trek West, going over the same roads we had the day before you could see the destruction left behind. Tree debris littered the road, branches and even old fallen trees turned the long straight roads into obstacle courses, the cattle in the field looked stressed and some of the lakes had burst their banks from all the rain. We were certainly glad we followed our gut and moved when we did, or Mo might have been in need of a new windscreen at the very least.

This might have been a minor storm for the locals in their houses, but as first-time van dwellers, it has opened our eyes to the hurdles we might face as we head further into proper cyclone territory in Queensland. We’ve coped quite well with the Southern winter, but will Mo hold out once Winter comes to the North? Only time will tell, maybe we’ll need to retire Mo for something a little more sturdy. We’ll see. For now, Mo is plodding along nicely and we’ll continue to head to Adelaide without further weather troubles – hopefully!! 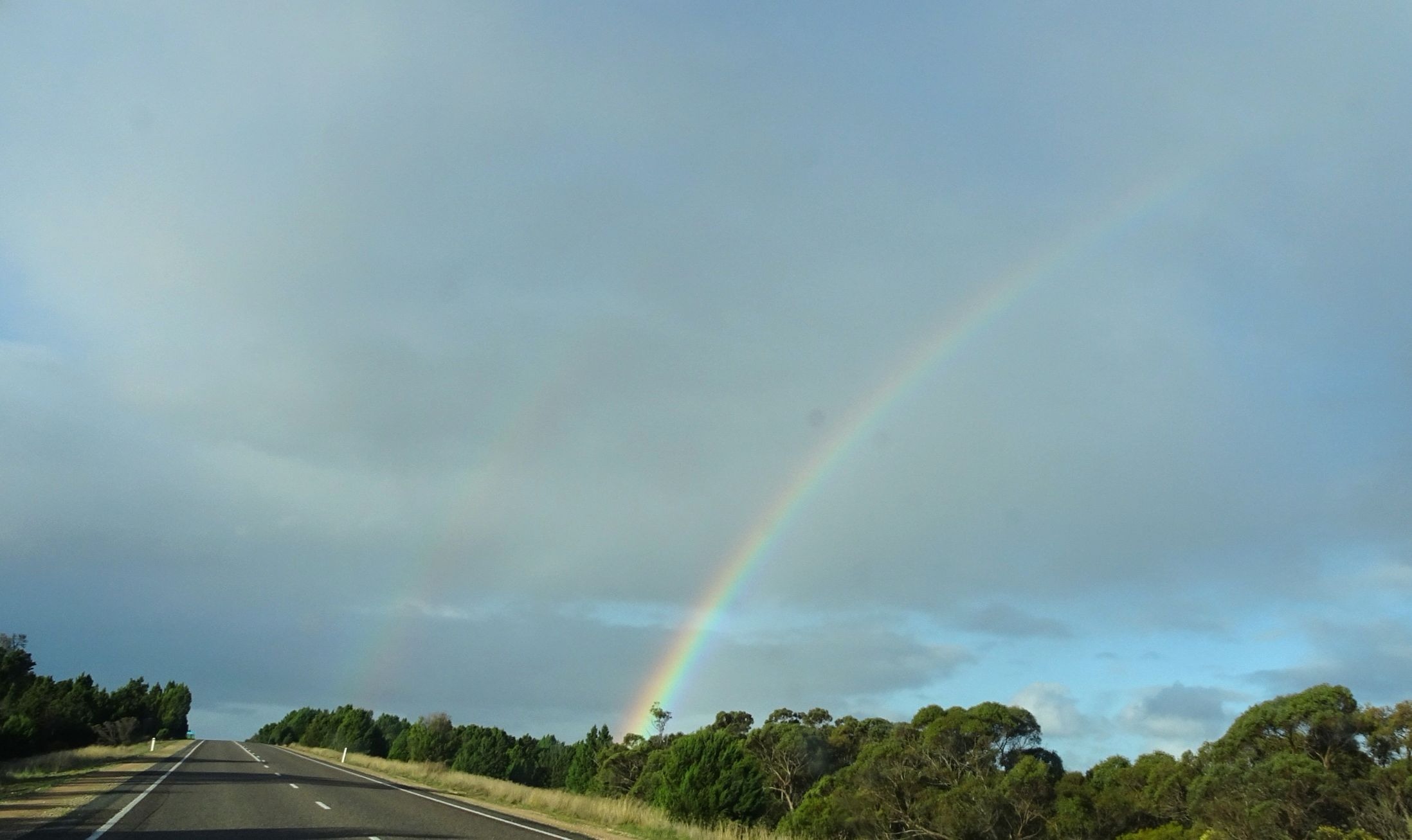 Hey!Welcome to Officer Travels
Only crazy people would sell their home and belongings, then move to the other side of the world…right?!
Read our story

Read all ’bout it

Thank you! You have successfully subscribed to our newsletter.

Officer Travels is a participant in the Amazon Services LLC Associates Program, an affiliate advertising program designed to provide a means for sites to earn advertising fees by advertising and linking to  amazon.com